The Iowa Caucuses – The Importance of Quality Assurance in App Development

On late Monday night on February 3, the nation was shocked to learn that the results of the Iowa Caucus would be delayed. What was to blame for this delay? The app chosen by the Democratic National Committee to tabulate the votes. Mandy McClure, a spokeswoman for the Iowa Democratic Party, said that it was a reporting issue rather than a systematic failure of the app that caused results to come in later, but regardless, the app was at the core of the delay.

This serves as an unfortunate reminder to voters of other debacles in the past—such as the 2000 Presidential election and the Florida vote counts—and has opponents of new technology again asking if we should have faith in our devices. Immediately conspiracy theories flooded the internet, and Shadow, Inc., the company that developed the app, found innumerable fingers pointing its way. People openly wondered about the safety and accuracy of results. At On The Map Marketing, we believe this is a good time for companies and developers to take a look at their own practices and learn from this fiasco before it happens to them.

A Summary of What Happened in the Iowa Caucuses

As was previously mentioned, the app was created by Shadow Inc., a for-profit technology firm. The app developers made an official statement claiming that the fundamental data and collection processes were sound and accurate. However, the transmission process that sends the data generated in the app to the Iowa Democratic Party was neither sound nor accurate.

The app was discreetly chosen by the DNC to tabulate results that voters submitted through their phones. But the mobile app wasn’t ready for as many users to be trying to make a connection at once to send results in. As a result, the incoming data was inconsistent and many precincts were unable to give reports at all, simply because they either had no polling data or the information that they had received looked suspicious or inconsistent. It also opened up a political can of worms about technology and the delegate selection process as a whole.

How Apps are Developed

The first part of developing a mobile app is planning and mapping the product, and then deciding who will build it for you, assuming that you don’t have the technological wherewithal to build it yourself. What will it do? How will users interact with it? You will want your app developer with you during each step of this process so that they can translate your vision into a reality and make it more feasible. If your ideas violate hardware restrictions or take up too much data on mobile devices (just to name a few potential pitfalls), then users won’t enjoy or even be able to use your app. In fact, one study found that between 80-90% of apps were abandoned by users after a single-use. That’s why you should make sure your app developer is in close communication with your marketing team as you build your app. You will also want to ask questions about how your app will coordinate with your website as well as social media accounts, and what, if any, attempts will be made to build a community for app users to interact with each other.

You may see a lot of sketches and drawings in this phase that show menus, fonts, color schemes, and much more. All of that will lead to finally building the app. A prototype is built based on the specifications in the prior stage. If background infrastructure is needed, such as a database, then it is included.

Testing Your App Before Launch

The final stage in developing any program is when app developers begin to test the product. Having an audience using your app will allow you to understand how certain components, from design to engagement to data collection, all work in terms of the user experience. Developers have learned to expect the unexpected during this phase, and it’s for this reason that testing is so important. In fact, it was a lack of testing that caused there to be a “coding error” that was left untested in the example of the Iowa Caucuses. The outcome of this critical lapse in testing was that results were delayed, distrusted, and this event left both Shadow and the Iowa Democratic Party with a PR nightmare that will likely have long-term impacts on voter confidence.

Rep. Rodney Davis, R-Ill, a ranking member of the House Administration Committee, said that the issues resulting from using the app were “easily preventable.” He cited the lack of regulation around these types of election apps, but additionally that resources offered by the Department of Homeland Security were declined. Richard Hansen, a law scholar at the University of California, Irvine, said that the incident undermines citizens’ trust in the transparency of elections.

This incident made it very clear just how much people expect to trust your app, and all the many ways they expect their trust to be maintained. Users will provide sensitive information to your app, and all sorts of data that they want to have stored safety. They want to be able to input their data in a fast and efficient manner. Lastly, app developers who create analytical tools must be sure that they are providing the correct analyses to those who rely on them to make decisions. 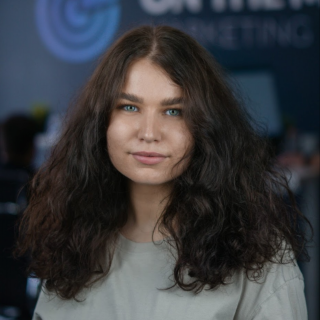