At On The Map Marketing, we help many local businesses with Google Business Profile SEO as a part of their local SEO campaigns.

Well, Google Maps, relying on satellite imagery, is the most popular digital maps service on the planet. If you’re a local business owner, you have to optimize your Google Business Profile. That’s where most of your customers will find your business, form an opinion based on your reviews, and buy from you.

To understand the true scale of Google Maps services, the user expectations from a local listing, and the like, here are some Google Maps statistics for 2022.

Related Reading: Google My Business for Lawyers: A Simple Guide

To begin, we will take an overview of Google Maps, which will help you understand its true scale and reach. Let’s dive right in.

1. Google Maps is offered in more than 220 countries and territories. (The Keyword 2019)

3. Street View car and trekker operations have collected more than 170 billion images from 87 countries by 2019 for Google street view. (The Keyword 2019)

6. According to Ting, however, Google Maps uses about 5MB per hour. (Ting)

7. Google Maps had over 25 million downloads in the US in 2021, discarding the fact that it comes pre-installed on most android devices as the default mapping app. (Statista)

9. Every day, over 1 billion kilometers are driven with Google Maps. (The Keyword 2020)

10. Google Maps has a community of 120 million Local Guides to help you while traveling. (The Keyword 2020)

We just looked at the prevalence of Google Maps, but now let’s come to the usage statistics of the platform.

This data will help you understand the audience you can reach by being present on the platform and being found by customers who look for you directly or via Google search.

1. More than a billion people use Google Maps every month. (Google Cloud)

3. As per data from SimilarTech, this is the usage breakdown of Google Maps by category. (SimilarTech)

4. Samsung seems to be the top website using Google Maps integration, as per data by SimilarTech. (SimilarTech)

5. The United States had the most websites that integrated Google maps into their sites. (SimilarTech)

6. Google Maps had a 56% smartphone penetration in the US, coming in at no. 4 among all smartphone apps. (Statista)

8. 67% of smartphone owners say they use Google Maps regularly, as compared to only 12% who use Waze, the next most used navigation app, an app that Google acquired in 2013. (The Manifest 2018)

Having just looked at usage data for Google Maps, let’s look at some of Google Maps’ competitors, like Apple Maps. While iOS users use both Google Maps and Apple Maps, iOS users often prefer Apple maps for privacy reasons. They don’t want their data on Google servers or the Google cloud, which are notorious for storing user data.

So Apple Maps SEO should ideally also be a part of your local SEO strategy. These stats will help you understand if you want to use the other platforms to list your business.

3. The average monthly time spent on Google Maps seems to be 152 minutes, compared to 12 minutes on Apple Maps, while Waze has the highest time spent on it at 269 minutes. (Insider Intelligence)

How Good is Google Maps and What Users Think of It

Having looked at the usage stats on Google Maps and compared it to Apple Maps and other navigation apps, it is important to understand how good of a platform it truly is in terms of accuracy and what users expect from a good navigation app.

This will help us get a truly comprehensive idea about the platform.

4. One-quarter (25%) of smartphone owners say they use their preferred navigation app because they believe it offers better directions. (The Manifest 2018)

Google Maps is important if you want people to find your business online.

Next, I recommend you check out Local SEO Statistics and Local Business Stats to make an informed local marketing strategy. If you want help with improving your local business’ presence on the maps, contact us today. 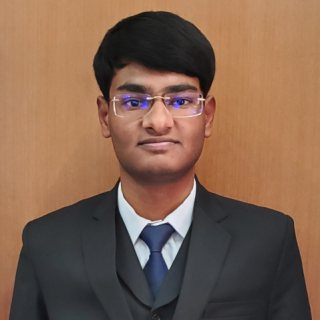 My Experience at NamesCon Global 2022 Conference

Quality vs. Quantity of Backlinks: What Matters More For You Right Now?

Got a first page SEO guarantee? It’s a myth…