Like anything amazing in this world, and we really mean amazing, social media is constantly evolving.  It’s just a matter of staying above the curve, keeping your head above water, and increasing your social footprint for the world to see.  At On The Map Marketing, we predicted 5 major trends we believe are going to flood social media over the next couple of months…

Anyone remember when it was super important who your top 5 friends were that you displayed to the world on your profile?  Or how customized with pictures of your family and everyday life flooded timelines?  Back in the former days of Facebook and when Myspace was hot, social media was based on forming and maintaining relationships.  Nowadays most social media presence is surrounded by personal brand development and a kind of narcissistic view that everything is surrounded around them.  We are seeing that in the future, social media will evolve back into this relationship growth based incentive for building your social presence.

Images, texts and audio are all different kinds of posts that can be posted but when you start blending them all together you get something completely new! In the future, social media will be blending different forms of content to enhance the user experience and engagement appeal of posts on platforms.  Twitter, Facebook, LinkedIn, Instagram, Pinterest, Snapchat, and Tumblr, all have parameters on the kinds of posts that you can do but soon we will see these parameters expand as new updates roll out!

Everyone wants everyone to know what they are doing, but there are some of those who would love more privacy than they already have on social media.  The thing about it is, what happens when there are laws made about privacy of social media?  Or the ones already in place indirectly relevant to social media?  We believe that there will be social media cyber security agencies that will spring forth to add another layer of protection when you post.

Most social media is done on a mobile device via an app or an enhanced browser platform.  This is going to only increase in the coming future as everyone just about has a smart phone.  Platforms like Facebook and Twitter took a little longer to adapt to the mobile optimization because when they started, smartphones weren’t very influential.

In this new day, your app must be mobile friendly or it doesn’t get much traffic.  We predict that all social platforms will be enhanced with mobile capabilities and include more options that are similar to the user interface of mobile devices.

More Video Than Ever:

Again, kind of piggy backing on the fact that we believe there will be a much more integrated stream of content that involves multiple mediums of media like images, audio, and moving visuals, we are seeing more interaction with video than ever.

Especially since the rise of Snapchat, which incited Instagrams “Insta Stories”, we have seen a high spike in the influence and engagement of a video.  Going “viral” is usually done because of a video that everyone can’t stop watching for instance.  We believe that in the future over 80% of the most engaging posts wil involve some sort of moving visual component.

According to Jay Singh, CEO of PHL Venture Company, “We continue to see a shift toward live content that is composed through a camera. The camera keeps growing in importance and the ability to see through other people’s lenses in real time is becoming a powerful force in social media.” 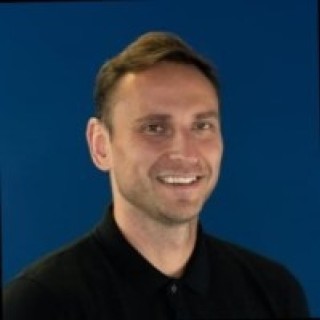 I started as a project manager at On The Map Marketing in 2015 and now run the day-to-day operations as the company’s chief executive officer. In the last few years, I have overseen thousands of successful SEO campaigns in numerous industries, including lawyers, contractors, E-commerce, and other markets. I am also a proud dad of three divas and take a keen interest in running and calisthenics.

My Experience at NamesCon Global 2022 Conference

Quality vs. Quantity of Backlinks: What Matters More For You Right Now?